William Hogarth, Thomas Nast, and Herblock were giants in their respective and consecutive centuries, beginning with Hogarth in the 1700s. As social satirists and political cartoonists, they were unmatched equals in unmasking hypocrisy, folly, greed and tyranny. Their draftsmanship, iconography and phrasing were perfectly balanced and laser-focused. In their time they revealed the nakedness of the powerful and the ridiculous. Sandow Birk may be the succeeding giant for the 21st century.

” … examines dark strains in the culture and politics of the United States, including Trump, gun violence, white supremacy, and greed. Birk’s body of work is unusual in that its explicit politics don’t read as overly didactic — a difficult line to walk successfully. Triumph of Hate is comprised of three distinct bodies of work: a series of satirical prints about Trumpian exploits, graphically violent paintings examining recent events, and a triptych of woodblock prints representing the battle of good versus evil throughout American history.” 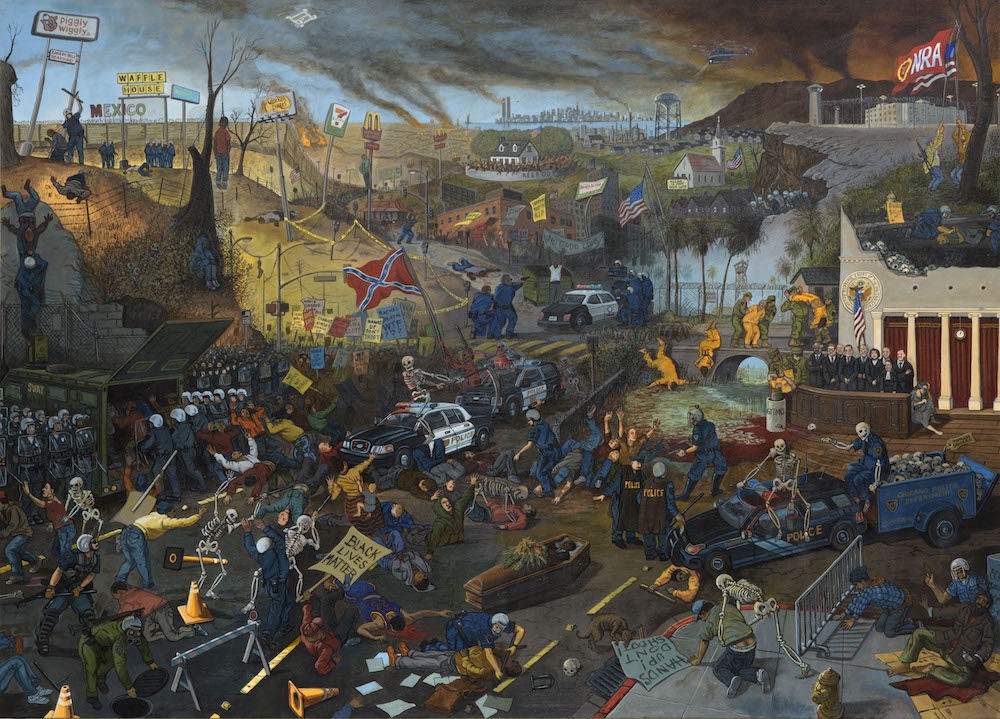