To you, the rest of the world, the alternative incredible deal is almost as good. You can buy a full-page display ad in Event Horizon for the astounding low low price of $50. Go to the Advertising tab on the website to use the handy Buy Now button. 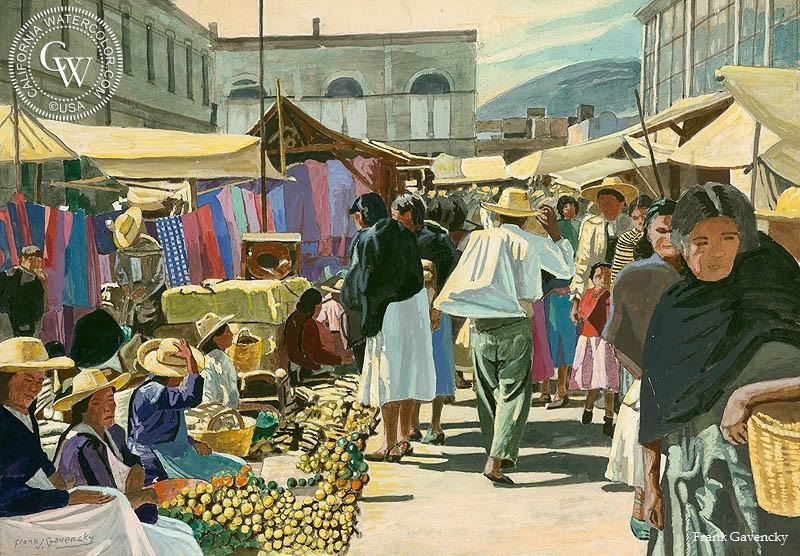 I’ve been grinding an axe in support of the public domain for quite sometime.  Glad to see I’m not alone as others pick up their own axes and pitchforks. This is a “share” of the above-titled post in Hyperallergic.

“In 2019, thousands of artworks from 1923 entered the public domain. Speakers from Creative Commons, the Internet Archive, and other places share why this matters.”

“Many of the artists from this era now entering the public domain represent the evolution of modernism, but perhaps none so influential as the Moscow-born Wassily Kandinsky. His motifs of shapes whirled into colorful collisions grew out of experimentation with many of the major movements of the 20th century, as he moved from post-Impressionism to Bauhaus, to his last decade of work in extreme abstraction.”

It’s a happy coincidence whenever someone can pick their own time to exit. I congratulate you on your choice and wish you the best in your retirement. As for street photography, I thinks its longevity is secure at least as long as there are poets, authors, and photographers.

“The End Of Street Photography” – At Least For This New York City Photographer, by Michael Ernest Sweet

I have written about the problems of street photography before, and my prediction for its ultimate collapse, but still it goes on. Nearly everyone agrees that street photography has become a repetitive, over-saturated, largely ignored genre in photography, yet no one has volunteered to do their part and bow out. No, we are all still clinging to our cameras, our particular sidewalks, and we are all still generating more images to add to the heap. That is until now. Finally, someone is leaving. Me. I am raising my hand and volunteering to exit the stage. Yes, that’s right – I’m going, while the going is good. Now, granted, I am only one guy with a camera, but I am one less guy with a camera roaming the already very crowded sidewalks of…

I am very pleased to report that Issue 7 is available for free-download or to purchase. Go to the home page of EventHorizon.  Usual practice is for me to download the free-pdf first and wait a few days until error reports start rolling in.  That limits the corrections to a single file. But I inadvertently posted the print edition first … never mind. They are both available, pdf and print.

I appreciate that many of you are checking in for Issue 7.  Even for an “aspirational” publication date, I know I’m almost a week late. And I’m not there yet. But I’m thinking of you and putting Issue 7 together. Thanks again for checking in.

Ya know, I just don’t get it. Comics are a foundation of contemporary pictorial art. I should not have to raid the public domain to publish my issue with comics. Tomorrow is New Years Eve. After that, I’m late for my new issue. Please send in a comic strip NOW. 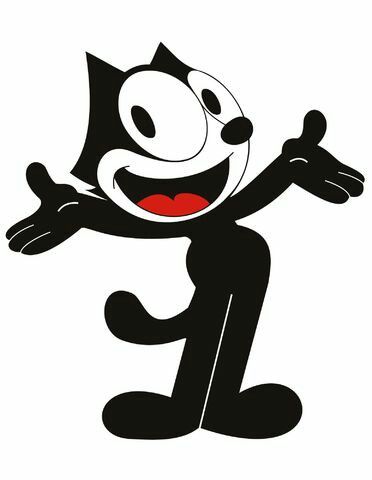 An article in Hyperallergic focuses on a single frustrating example of dirty money tainting a public arts institution. A board member of the Whitney Museum owns a company that provides teargas to border authorities that have been gassing migrants. A manifesto calling for a town hall on the issue probably sums up the broader cultural and moral dilemma pretty well:

“Maybe when Kanders, his ilk, and their money are gone, the museum does indeed look like a very different place with a very different system of accounts. A place, for instance, run by and for cultural workers and their communities as a cooperative platform rather than a money-laundering operation for the ultra-wealthy. A place that de-centers whiteness and dismantles patriarchy. A place that acknowledges that it stands on occupied indigenous territory, and takes reparative measures. A place that provides sanctuary and self-defense from ICE. A place that repurposes the remnants of luxury infrastructure in order to build power and make art with and for the people. A place that is hospitable to the healing energies of sage rather than a refuge for tear-gas profiteers. A place that is built on radical love and relationships of care. A place that understands that conflicts can be points of construction. A place, in other words, that is undergoing a process of decolonization.”

The problem is not only endemic but systemic. The characterization, “a money-laundering operation for the ultra-wealthy” is precisely the core of public funding for any civic-minded, socially-good foundation. It is the compromise that, apparently, must be made. Certainly no mainstream art venue outside of a purely local and user-supported community center is immune. It is almost redundant to point out the hypocrisy that underlies all of the basic assumptions at the root of this system. We love our democracy but won’t fund it. The public sector is routinely beggared. We don’t even have to paraphrase to illustrate this. Grover Norquist, an eloquent exponent of the mindset, says it precisely and succinctly: “I don’t want to abolish government. I simply want to reduce it to the size where I can drag it into the bathroom and drown it in the bathtub.”

A foundation is the most un-democratic institution in the world. It is a convenient moral rationalization and another method of tax evasion for the very wealthy. Foundations sidestep the political process whereby treasury funds are apportioned for public purposes through a process navigated by elected representatives. Instead, our “best” citizens get to pick and choose favorite boutique charities to bolster their brand and their stature. Funding cancer research is an example and a cliché. Billionaire Phil Knight co-opted half a billion dollars of Oregon taxpayer money with a strings-attached “gift” of matching funds to his Oregon Health Sciences University Knight Center Institute.  The outrage over the Whitney Museum’s moral and financial entanglements is just and entirely beside the point.

I’ve left evidence before that I am a fierce fan of the public domain. The idea of the public domain as a principal of law is based on the assumption that the author is dead and that the public interest is not necessarily being preserved by protecting the claims of ownership of valuable cultural property to survivors or heirs of the author.  (take a breath)  With all due respect to the bereaved, I’m all for it. I don’t take this civic-minded principle for granted – I think that my resultant personal claim to such property is thin at best: with plenty of opportunity to abuse and exploit the now-public legacy. It’s easy to cross the line into hypocrisy, defending one’s “right of access” to such a fabulous golden hoard.

Whatever.  Do you know about the Public Domain Review? They plumb the depths and bring discrete packets back up to the light of day – with the help of enlightened curators, researchers and lovers of the obscure and the timeless.  They are themselves best in describing their mission. Read their story.

I will continue to hungrily receive their newsletter and continue to steal from the best. 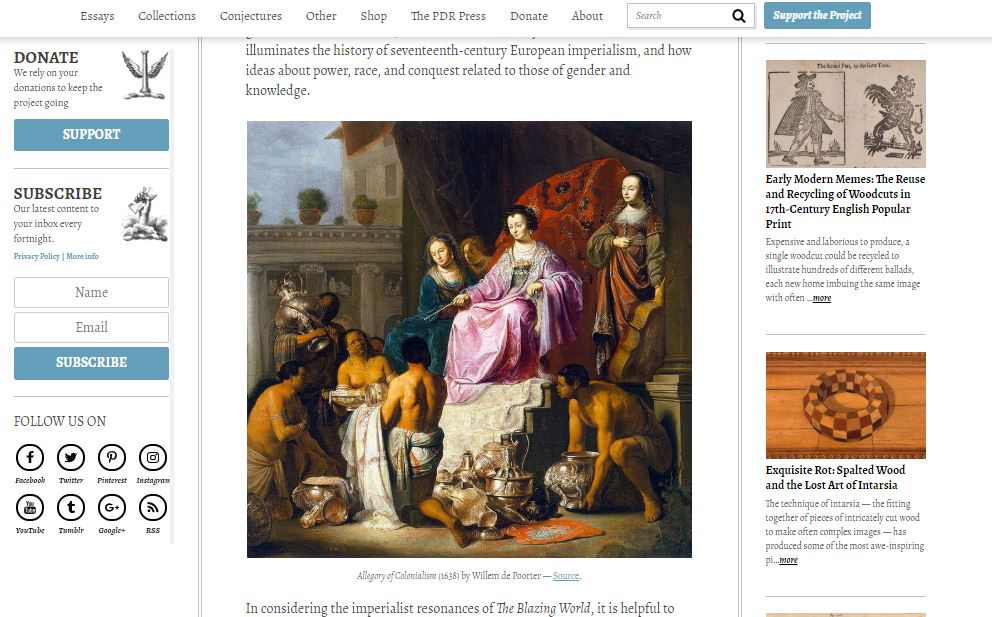 Event Horizon is a home for literary and graphic arts and this is a call for submissions:

Event Horizon is seeking poetry, fiction, and non-fiction of many varieties.

Event Horizon is calling for graphic arts suitable for a 2D publication:  illustration of any variety, photography and photography of craft work, pictures with stories comprising manga, graphic novels, comics and cartoons.

There is no fee for submitting nor is there payment upon acceptance. Event Horizon is published bi-monthly. The best place to start for any questions is the website and glimpses at back issues.  Target publication date for Issue 7 is January 1, 2019.

The website, blog and free pdf downloads can be found at eventhorizonmagazine.com .

All submissions and inquiries should be directed to eventhorizonmagazine@gmail.com .

Go the Home page or go here to purchase the print version of Issue 6.  There is a link to the free pdf download on the Home page.

Here is a picture  of a painting from one of the more recently discovered Ice Age caves at Chauvet.  Regrettably, you will not be able to visit without the highest academic credentials.  I haven’t published an article on the caves but I hope to soon. 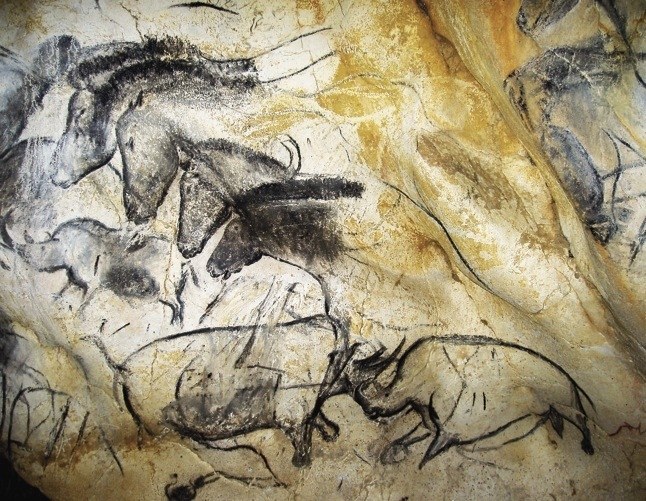